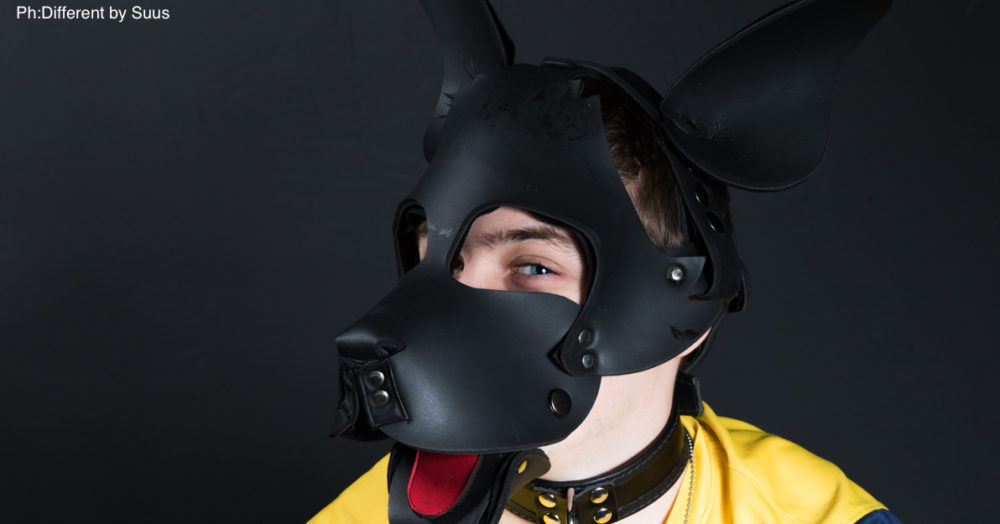 Ever since I met him in Berlin this autumn, Sada has always intrigued me, despite being so young (19years), gave me the impression have a precise ideas about himself, and I think that in this interview it showed.

I decided to interview him as the first of a series of interviews that will follow in the coming weeks with different Puppy. Maybe I can draw a cross-section of European Puppy community?

Hi pup Sada, can you introduce yourself to the readers of my website in one sentence ?

Hai there, i’m an atheltic, happy, football kit wearing pup from the Netherlands. 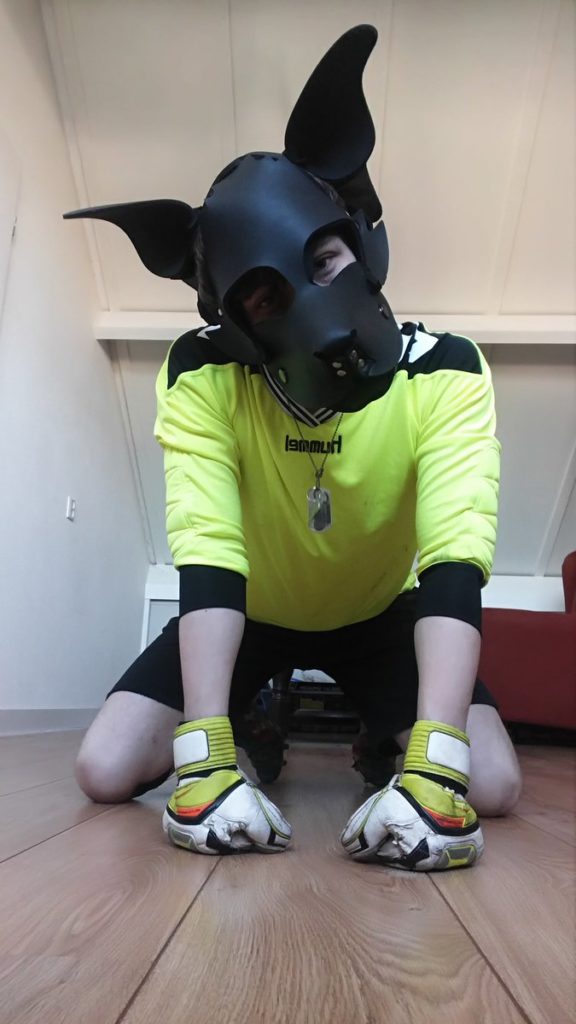 Why you become a puppy?

Over a year ago I went to fetish lab in the boots in Antwerp. There were a couple of workshops there and there was also a puppy one. I got introduced to it, but I wasn’t really sure If it would really be my thing. A month later I went to Darklands.

At the K9 camp I saw all the pups playing and it looked so fun.
I also got to try on a hood from someone and instantly I was sold.

I kept contact with the guy and he got me more into the Dutch pup community where I was welcomed with open arms.

What is the origin the name SADA?

When I was 14 I discovered what furries are. I created a husky character and I wasn’t sure what I actually wanted to name him. I was chatting with some people about it and one came up with the name Sada. I wasn’t really sold on it at first, but eventually it grew on me. I have been using that name for a while and when I discovered puppy play it felt natural for me to take the name over as my pup name.

Tell me about your alter ego Puppy. What are the differences from the person you are every day?

For me it doesn’t really feel like an alter ego. I’m still pretty observant and quiet for the most part.

The only real difference as pup is that
I’m not scared anymore to come up to strangers.

Going into my pup space makes me comfortable and it clears my mind so that the fear of talking or interacting with people goes away completely. 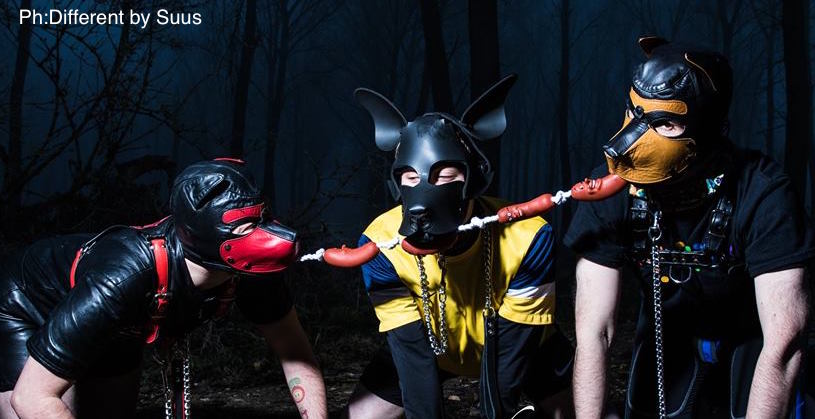 I noticed on your twitter that you have fun to make mixes, do you wanna tell me about some of your passions and your hobbies beyond the puppy play?

Enjoy making those mixes in my room whenever I find some new songs or when I just feel like it. Other than that I also enjoy playing football. I’m a keeper and you can see on my twitter that on Saturday I post the score of the game I played that day. Gaming is also one of my hobbies and as last I enjoy making programs as well. I’m studying it and just make small things for fun. Couple days ago some pups gave me an idea for a grindr like app for pups and handlers, so that is what I’m making at the moment.

Have you a boyfriend? How is your love life?

I don’t have a boyfriend. I have the occasional date/hookup. I’m not really looking for a relationship, but if I run into someone I’m interested in who knows what will happen. I’m not leaving the option out.

I can be a pup at a couple of different places. I go to BarkandPlay which is a puppy meeting in the Netherlands that is every two months, sometimes go to leather prides like the one in Antwerp with lots of fun parties and things to do, A fetish club in Antwerp called the boots and also at my owners house. 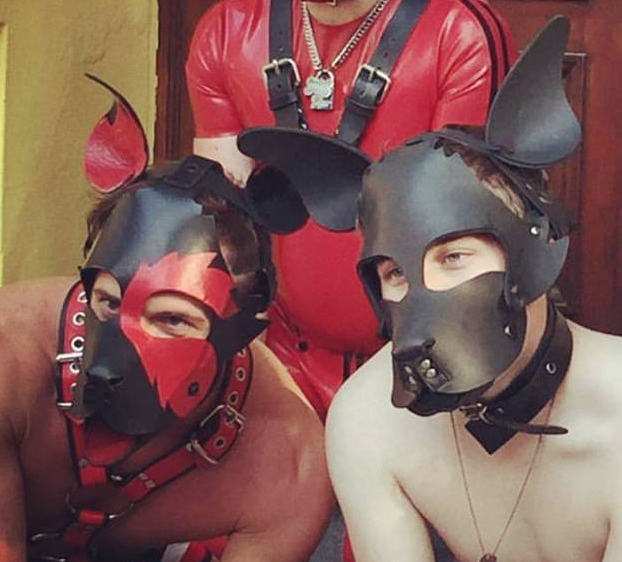 What I love about it is that everyone Is wearing and doing what they love where ever you are. If you’re playing in someone’s home or out to a party. For the most part people are very open and nice. The only negative point I have is that because of my age I’m looked down on by some of the older men.

They look surprised in a way that someone that is 19 years old already knows that he likes a fetish kind of lifestyle.

Instead of embracing it they more look down on it which I think is a shame. I don’t really let it bother me too much and it isn’t a large group anyway, but it is still something to address.

The puppy play has become very popular. why do you think will attract many young guy?

In my mind I think it has to do with three things. The first is that it helps people that don’t have the best social skills or just like to let go and get into a role. As I said before in my case it makes me more comfortable and it makes me easier to communicate with others I normally would do that with.

There are a couple of French pups I have met a couple times now, but we never spoke a word until a couple weeks ago.

It speaks on a different level where no communication is needed to have fun as a pup with each other and that is one of the things I love about the puppy community.

The second reason is because it is a bit of a mild introduction to kink and fetish. Playing with toys and other pups is not as intimidating as standing to be whipped or serving a master. It could be used as a stepping stone to work up to that. Interacting with handlers learns you to behave and act submissive and you see all different kinds of fetishes with pups like sportswear, rubber, leather or lycra. That way a new puppy that isn’t used to kink could get introduced to it in a way and even if the new pup is already active in it, it is still fun to just let go, play with toys or with other pups.

The third one is a pretty simple reason. It is people wanting to try a new thing or they like the roleplay aspect of it. The most important thing about puppy play is having fun and you don’t need a deep reason to do it or to enjoy it.

In the end there are many different reasons for people to get into puppy play. Everyone has their own reasons behind it, but I think those reasons have a part in its grow.

Would you have any advice for people who want to become puppy?

Puppies are the sweetest, nicest and most open community I have ever seen.

If you are interested I would say look around online for a bit and try to see if there are any puppy related events nearby. You don’t need to have stuff to come and I’m sure there will be pups happy to talk to you about it and answer any questions you have. If you don’t have the option to go to any events, you could try to make a profile on anything from twitter, facebook or gay dating sites. Try talking to some of the pups on there.

Do you have a last word for the readers of my site?

Keep on playing, barking and messing with handlers or owners you bunch of adorable puppies. 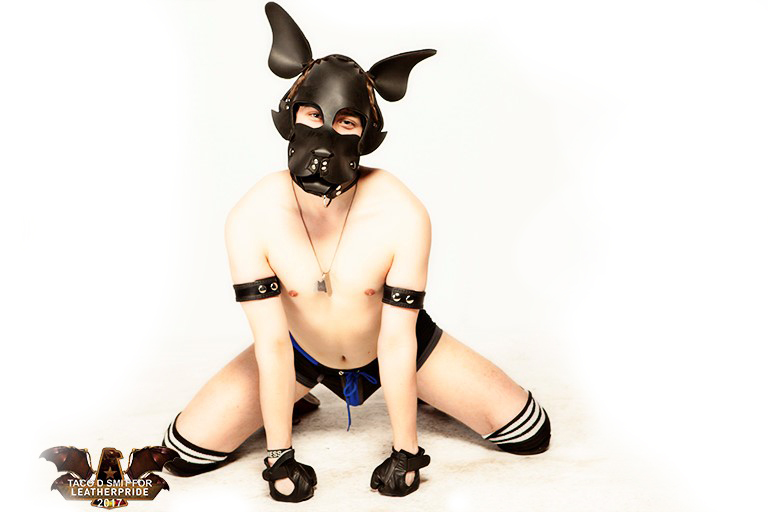 Edit your profile or check this video to know more 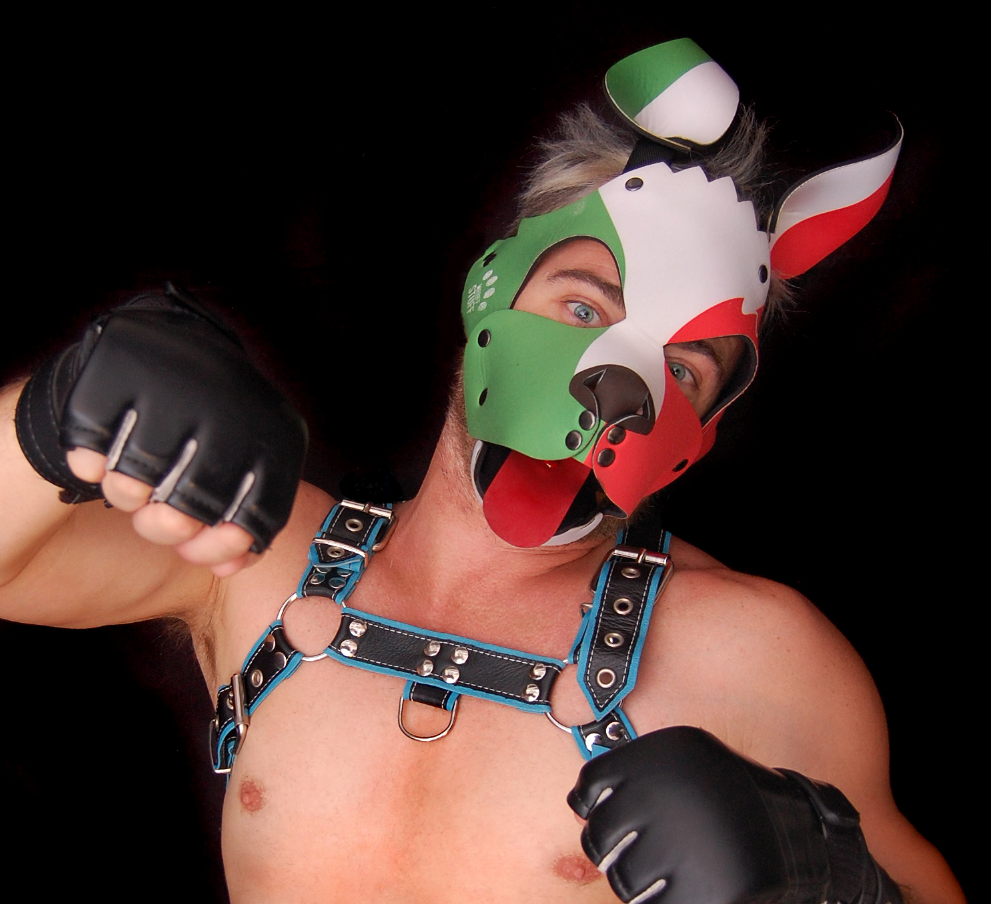 Here's my official page of Mister Puppy Italy on 2017!! Follow me in my adventures! 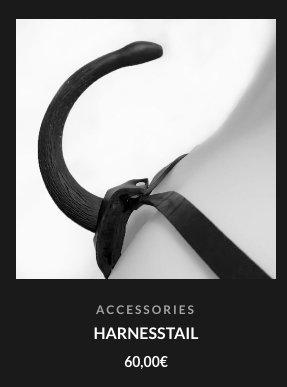 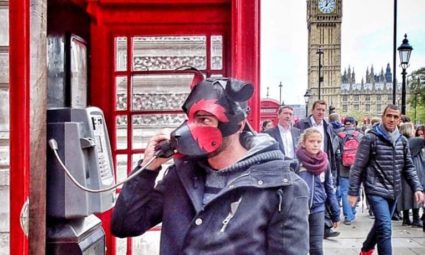 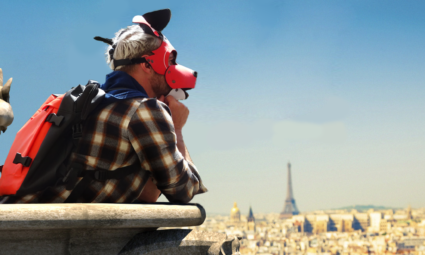 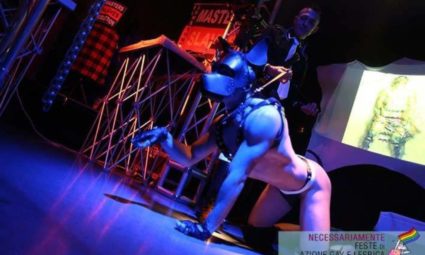 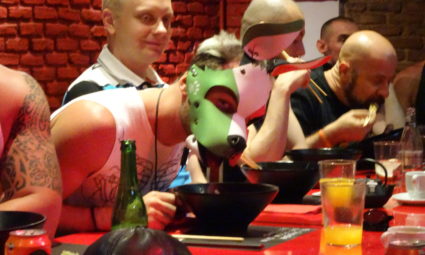 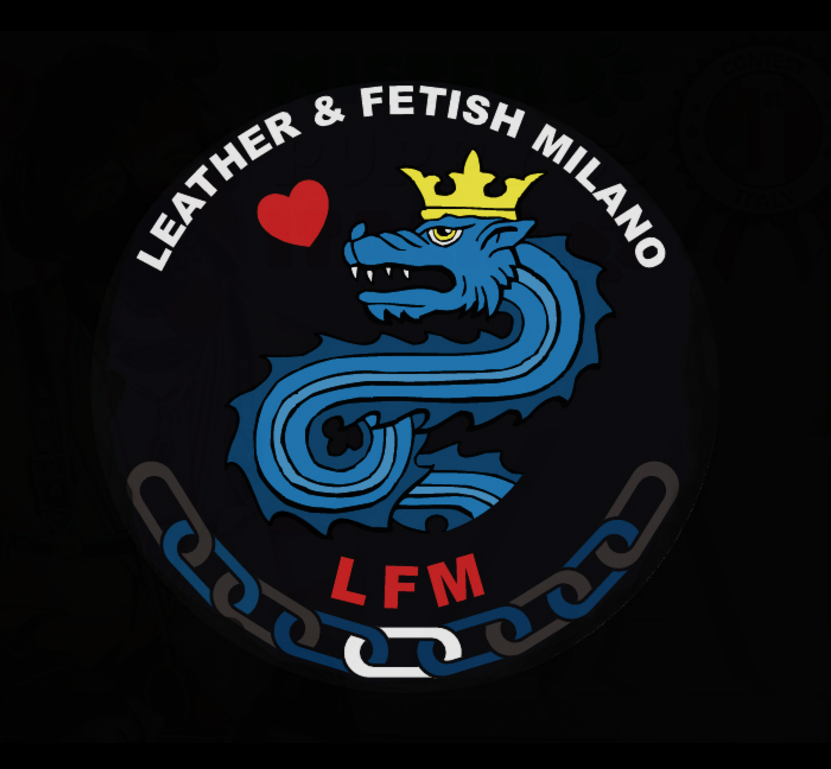 Pups of the World